Argentine Tango: where does the leader's movement come from and how is it returned by the follower?

This is the first article of this blog and I asked myself, among the many topics I want to write about, which one was the right one to start... and I decided to start from the beginning, that is, from birth. Where does a movement come from? It is the theme par excellence that brings me back to my experience with Sensitive Dance®, a "conscious practice of movement" that deeply addresses the bodily mechanisms of the passage of information and deepens the sense or non-sense of movement. Thanks to years of study of Sensitive Dance I was able to create the Tangosensibile® and therefore I think it is a fitting tribute to my personal history.

But let's go to today's theme...
It often happens to me to read, in Argentine tango social groups, statements that I don't agree with or that even leave me amazed, regarding the theme of "guidance" (a term that I don't like but that is so fashionable ;-) ). I love dancing, I love the Argentine tango and I love studying the mechanisms of bodily communication between leaders and followers. So I feel a strong desire to have my say on the theme of body transmission, what the Argentineans call la marca

In the Argentinean tango, I explain for the benefit of all, even non-Tangueri, there are two roles: the leader who, through bodily communication, proposes times and spaces and maintains the "course" and a follower who listens to these inputs and responds with body movement to the "invitation".
What is the mechanism of bodily transmission from leader to follower? Since the Argentine tango is based on improvisation, it is necessary to know a language through which to understand and dialogue... and since you dance and don't talk, the question that arises spontaneously is: where should the movement be born, that is, the leader's proposal so that it reaches the follower in the clearest, most effective and respectful way?

I report the various visions/opinions read on the web...

a) by the hands.
But can you imagine, for a follower, the immense pleasure and enjoyment of being manipulated all the time??? Perhaps even squeezed to the waist with the addition of the leader's fingernails embedded in her flesh so as to leave no escape?
When I was a child my parents were used to say an Italian saying: hand game, rude game ... and I totally marry this saying.
Many "manipulators" say, slyly, that this is what the followers want because only then they have no doubt about the brand ... I will do an ad hoc article on the subject ... for the moment I simplify with two reflections: the first, laconic, is that in the tango, as often in life, there are no executioners/servicemen if there are no victims who allow them to do so, and the second reflection is that, sometimes, to avoid discussion, the follower lets go and waits anxiously for the end of the song or the tanda and the leader, insensitive, does not realize it, on the contrary he is convinced that she has fun too.

b) from the shoulders
And why a shoulder strike should be a clear, functional and organic way of passing body information? A shoulder strike is an invasion of other people's space and can only generate a retreat in self-defense....

c) from the head
Leaving aside the concept of a battering ram, the cheek to cheek is only applicable in some hugs and I certainly do not recommend it as an instrument of bodily communication. There may be contact but you don't "talk" from there...

d) from the chest
will forgive me friends from the milonguero embrace who recite the gospel that the mark is always given from the chest if I dare disagree. Let me clarify my thought: if it is true that in the close embrace there is a point of contact between the breasts of leader and follower, it is not there that the body movement/ proposal is born... but from there it passes through. It doesn't originate there but the contact between the breasts makes the body information come directly, without filters, and therefore potentially clearer.

e) from the arms
The arms have the function of connecting the torso to the hands and can offer good circularity and continuity of information but it is certainly not in the arms that the body proposal is created, on the contrary if the leaders think to move the partner through the muscular use of the arms they make a gross mistake.

There is a fifth vision that should be mentioned to complete the picture: f) the brand is decoded by the follower using the view
Personally I believe that sight is a useful sense for beginner followers to be able to enter more easily into bodily dialogue but it is certainly not a solution! The eye also has, energetically, the power to intensify the relationship but also, if used incorrectly, to take the follower totally out of the relationship with the partner! I will discuss this in depth in another article.

So where does the movement come from? the body proposal is generated in the centre of our body, called the centre of gravity, approximately just below the navel. It is prepared, and from there it flows and is directed towards the embrace. If you dance in a tight embrace it will arrive at the chest or back according to the proposed direction and from there recognized and translated by the partner... in the case of a wide embrace it will arrive at the arms that will lead the info to the partner. A leader, thanks to the rootedness with the earth, must build the movement in his body center and from there it will reach the partner using the periphery (i.e. chest, arms, head, hands) as a channel in which the "information fluid" flows. If the periphery has an autonomous life and generates isolated movements (obviously partial and unclear because, in fact, peripheral) we lose our roots and find ourselves outside our centre...

What is generated by our centre is clearer, more powerful, more organic and therefore more effective: try to believe! 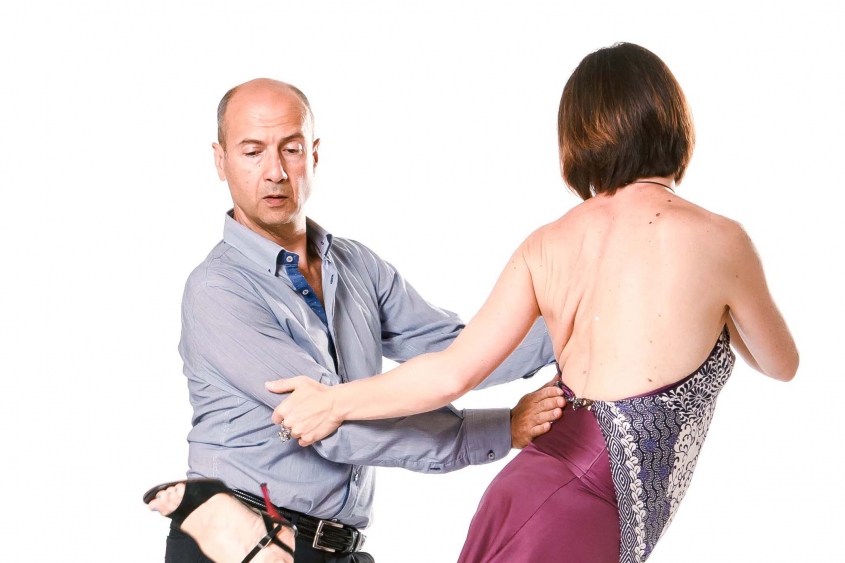 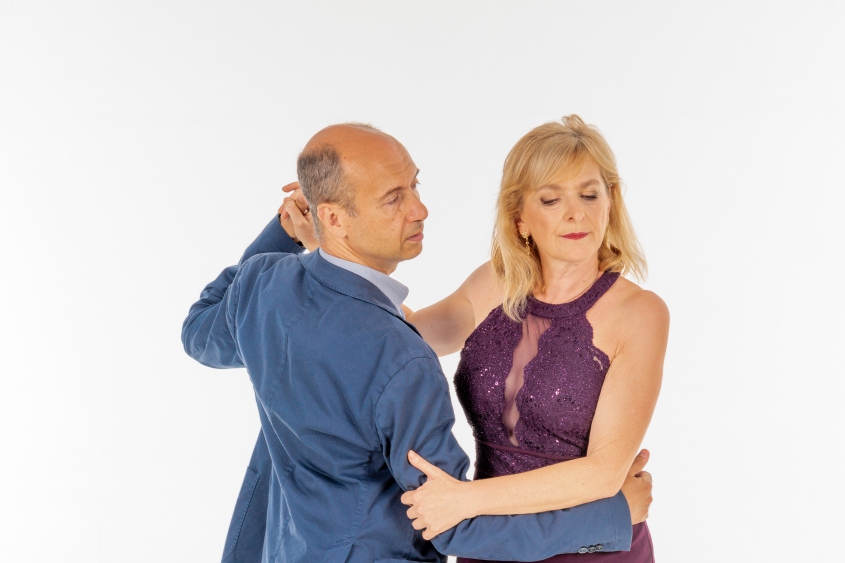 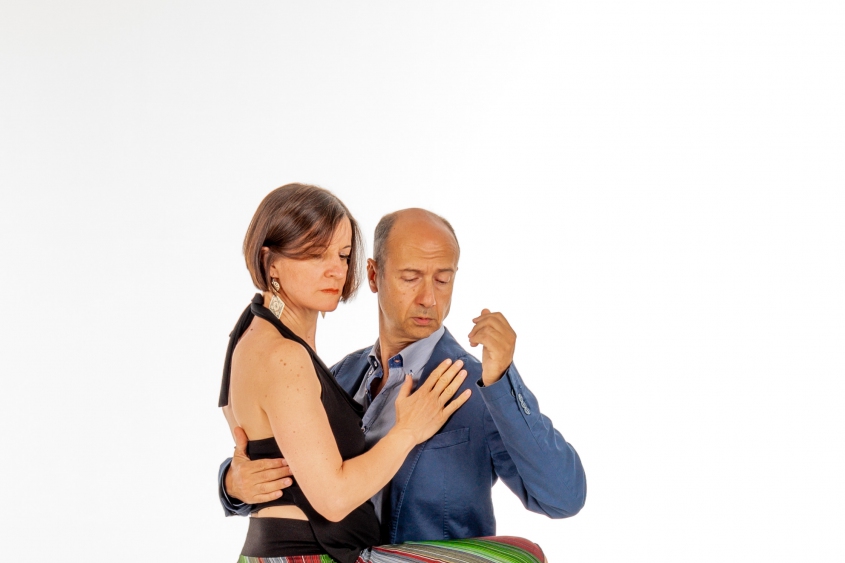 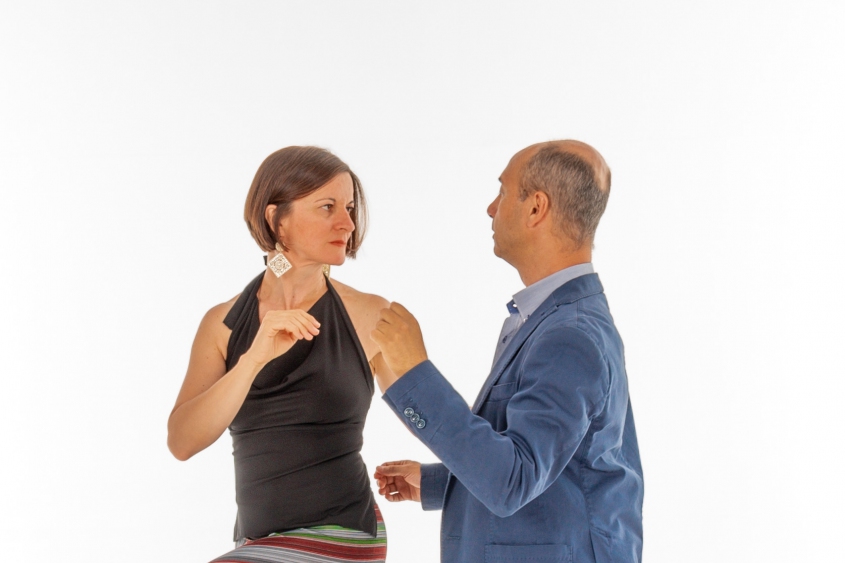 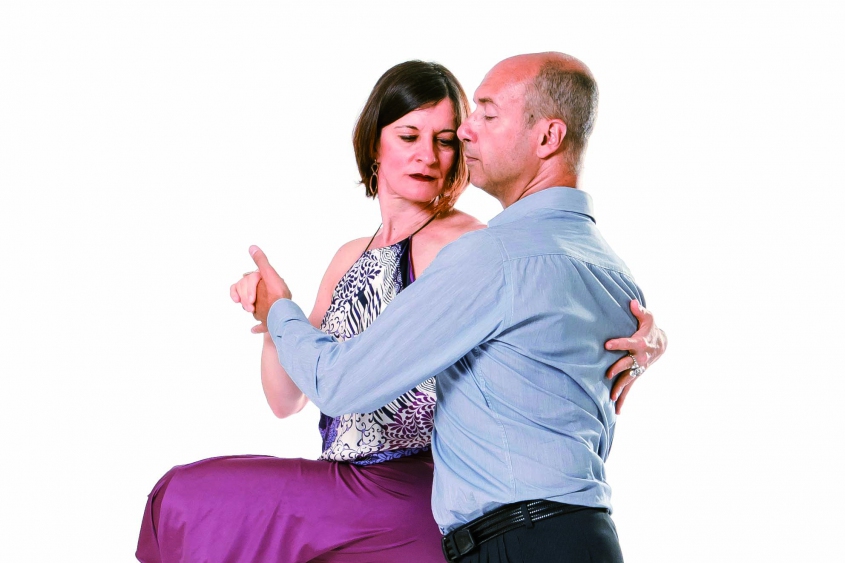 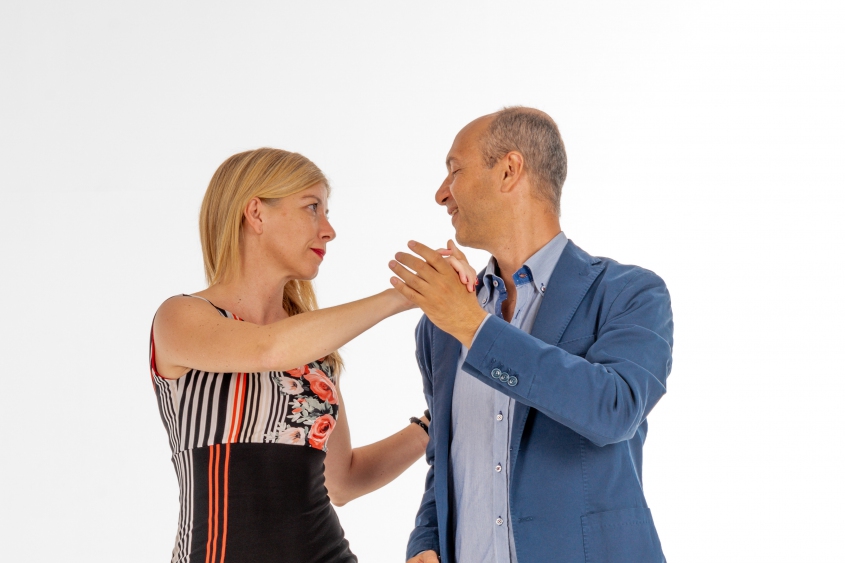 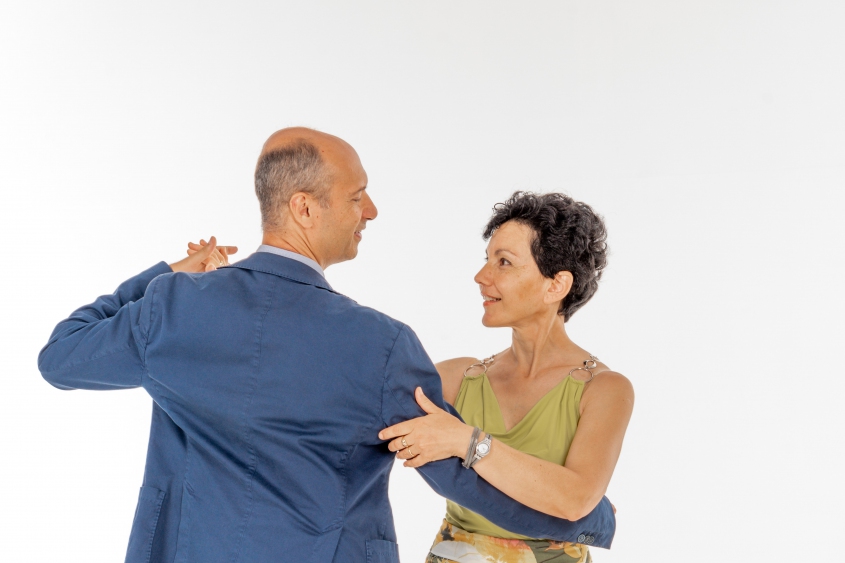 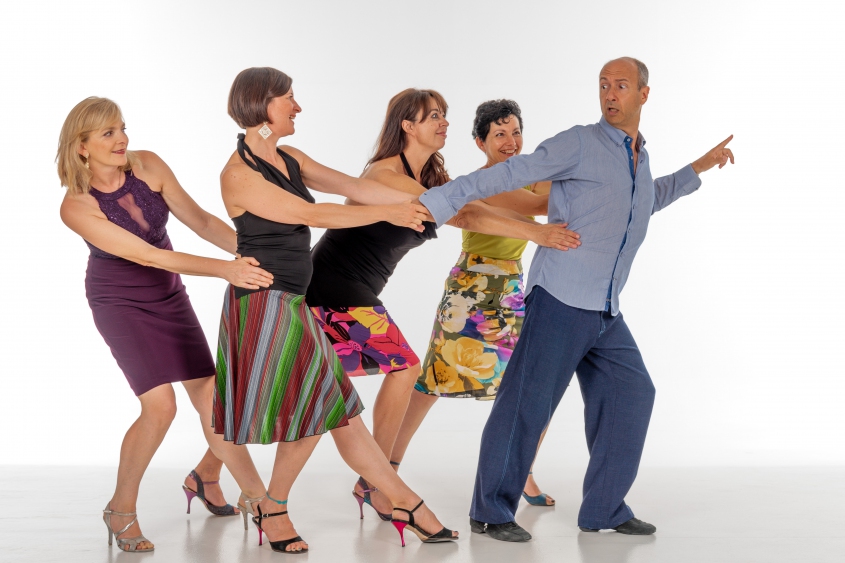 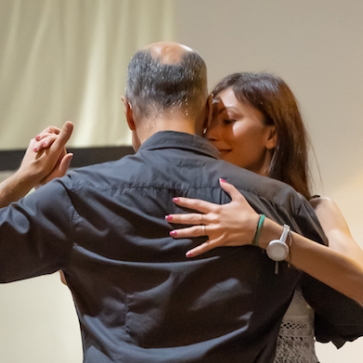 Is there such a thing as the pure Argentine tango?

Why are you dancing Argentine tango? 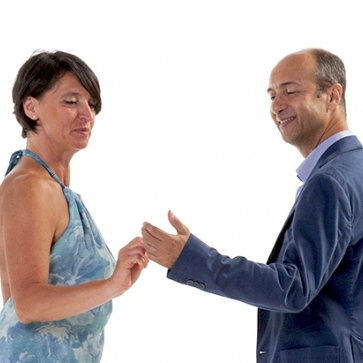 How many connections are there dancing Argentine tango? 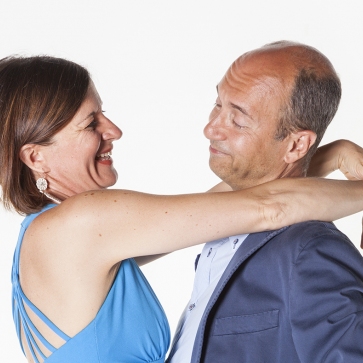 Argentine Tango: where does the leader's movement come from and how is it returned by the follower?