The tango is neither a genre nor a codified art form; there are no fixed canons or universally-shared schemes that have remained unchanged over the centuries: its very nature makes it a creative dance form that is subjected to constant evolution, just as it has always been since its most distant past.
The Tango Nuevo represents one of the forms and mutations of the tango, deriving from both the introduction of new musical sounds and by new generations of young people, sometimes from the world of dance, who have embraced the tango and injected it with new verve and inspiration, breaking away from the more popular and traditional forms.

What is that tango nuevo? Music or dance?

Musically speaking, the tango nuevo was born about the mid-20th century with Astor Piazzolla, who added musical instruments that were not traditionally used to play the Argentine tango to his orchestras. He then drastically modified the typical metres, creating a style that was as personal to him as it was "out of tune" with more traditional tangueros. As a consequence, for many years it was disavowed by Argentine milongueri, who denounced it for not being a tango at all, but being proposed as one, thereby threatening the integrity of the dance. Today, with the worldwide renown that Piazzolla enjoys, Argentine critiques have changed their tunes, becoming much more enthusiastic and gracious, having at least recognized his genius. Yet even today, in Buenos Aires, a composition by Piazzolla would never be proposed in the more traditional milongas.
But a precedent had been set, and other musicians began experimenting with the tango. About ten years ago, the Gotan Project, a group of French and Argentine musicians, began producing compositions in which the tango, completely reinterpreted and almost unrecognisable, was masterfully contaminated by new sounds.
Over recent years in the Argentine capital, various musical groups were born (like the Bajofondo, the Narcotango the Otros Aires, etc..) and continued along these lines, mixing acoustic tangos with samplers, resulting in totally new compositions or traditional tangos arranged with a contemporary flavour.
Certainly, all these groups have contributed to creating a new musical trend and rendering the tango more appealing to young people.

As far as dance is concerned, the term tango nuevo was coined around the early 1990s, thanks to experimentation by Gustavo Naveira and Fabian Salas, who structurally analysed the dance.
They systematically divided each individual movement of the tango “figure”, analysing how they correlated to each other and what dynamics could lead to their optimisation.
The results of this deconstruction of the tango was the creation of a didactic method that allows the dancer to “construct” his or her own tango, putting moves together and breaking them down again in a personal interpretation, thereby freeing themselves from the complex figures handed down through the generations.
Today, in addition to the abovementioned Naveria and Salas, other high-profile exponents of the tango nuevo are Mariano Chicho Frumboli and Sebastian Arce, Ezequiel Farfaro and Eugenia Parrilla.

What are the founding principles of the tango nuevo regarding dance?

Traditionally, the tango was taught through sequences or “steps”, each of which had a specific name (ex: the “rendevous turn”, the “calesita”- or merry-go-round, etc.) which were demonstrated and practiced until the sequence was memorized, often without any specific analysis of the movement. Many schools of tango follow this method even today.
Didactically speaking, the tango nuevo breaks away from this concept in that it invites the students to analyse individual movements and identify the fundamental elements of the dance before recomposing them,in a more natural and spontaneous way; the student is encouraged not to rely on mere visual acquisition, or observe the teachers and imitate them, but rather to experiment personalised solutions by giving free reign to their creativity in the composition and rearranging of the structure.
The tango nuevo thrives on experimentation, stretching the limits imposed by tradition, but at the same time paying homage to traditional forms as a basis for their development.
Examples of the evolution of classic element are the off-axis figures, like the colgada and the volcadas
The objective is to seek one’s own limits, to explore the potential for expansion and contact.
The essential concept is to test, without setting a priori vetoes, what is allowed and what isn't.
A key example is represented by how the embrace is considered in the various forms of tango: for the milonguero tango, the close embrace constitutes the quintessence of the tango itself; for the “traditional” tango the integrity of the embrace is a fundamental characteristic of the dance; the tango nuevo breaks these rules by introducing the concept of the soltada, or the break and recovery of the embrace by one or both partners, thereby enhancing the concept of contact between the dancers beyond their temporary physical detachment.

How is the tango nuevo a different way of dancing?

Let’s assume that there is no absolute answer to this question.
We have developed a didactic method that elaborates and combines the ideas, concepts, and tendencies proposed by the best known Argentine teachers, integrating them with our personal understanding and experience
We believe that the movements, relations, and the body gestures used in the tango nuevo the way we teach it are important for gaining body awareness and, above all, that they can also be applied to the more classical way of dancing the tango.
The tango nuevo is not something different from the tango: the basic movements and relationships are the same, but the characteristic elements change. In the nuevo they are more extreme and alternate the close embrace with a form that leaves more freedom of movement, which is often required to interpret the new electronic sounds more effectively.
We would like to emphasise that with the same basic movements of the tango nuevo, you can dance any tango..

The tango nuevo undisputedly breaks away from the consolidated and traditional patterns, because it favours the kinetics of movement over form.
Let’s summarise some key points that we believe characterise the tango nuevo:
- naturalness, comfort, and spontaneity
- use of agility
- use of contra-positions
- frequent use of dissociation
- use of the free leg
- use of the force of gravity
- use of personal physical resources to manage the axis and off-axis elements
- potential breaking of the embrace

Over the past few years, one of the issues that has been fuelling debates in the world of tango is that of the embrace. Closed or open? More traditional milongueros criticise those who dance open, accusing them of tainting the tango and losing the poetry of intimacy.
Some therefore consider the tango nuevo as smoke in your eyes.
We believe that the depth of the relationship between the partners does not lie in the physical proximity but in the quality of the contact and the mutual sensitivity developed during the dance. A couple may be very “together” while dancing in an open embrace or barely “together” in a close embrace and vice-versa.
We believe in constantly changing the embrace, from close to open and vice-versa, in order to truly savour everything that the tango has to offer.
In fact, the close embrace may constitute a limitation to the comfortable performance of some movements during the dance, just as there are elements that work better only in the close embrace: by opening and closing the embrace we can broaden our potential, rendering our dance more graceful and colourful.

To what music can you dance the tango nuevo?

Dancing the tango nuevo means choosing an approach, a way of favouring fluidity and spontaneity over muscularity and tension. .Beginning with this assumption, the tango nuevo can be danced not only to contemporary music, but also to most traditional tangos. Our inner voice will guide us.
It is evident that it would be easier to play with all the possibilities offered by this new approach to the tango with an electronic tango or alternative-rap, rather than, for example, a tango from the early 1930s, when we would prefer to savour the poetry of a close embrace for its entirety.

Is the tango nuevo music the antithesis of traditional tangos?

As for the tango nuevo-dance, it is not the antithesis of more classic dance styles. In the same way, musically speaking, the tango nuevo is not a threat to the integrity of the tango, which is known and loved by all for its characteristics that make it unique. Rather, it is a musical trend that is keeping up with the times, that embraces the tango yet opens it to today's sounds.
There are tango nuevo groups that are riding the crest of this wave, even though they have no creative impetus, but this is a bane common to all art forms and all historic periods.
A good tango nuevo may breathe fresh life into the tango, but is certainly not a threat.
It should also be remembered that the tango was itself a hybrid born of a concoction of sounds (indigenous, European, Caribbean/African, and Asian/Middle Eastern). So it may seem more than a bit ironic to speak of "pedigree" when we speak of the tango. 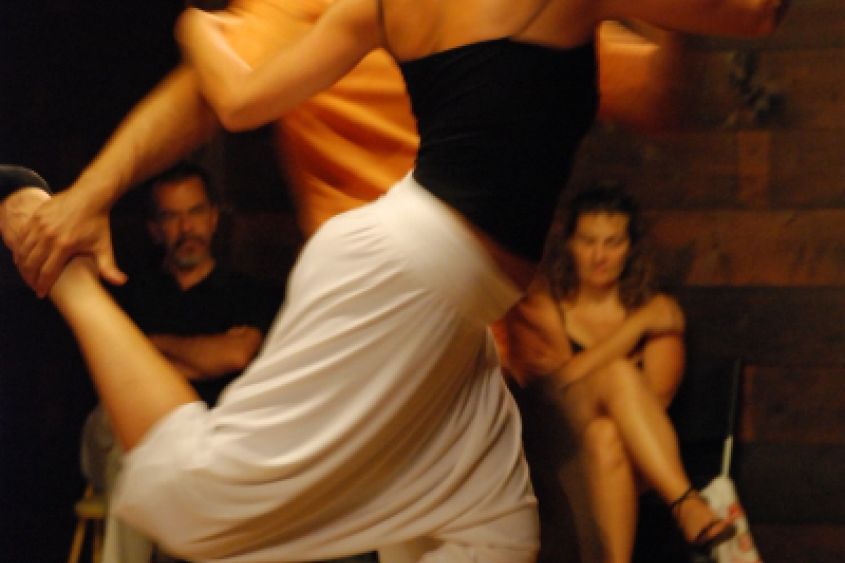 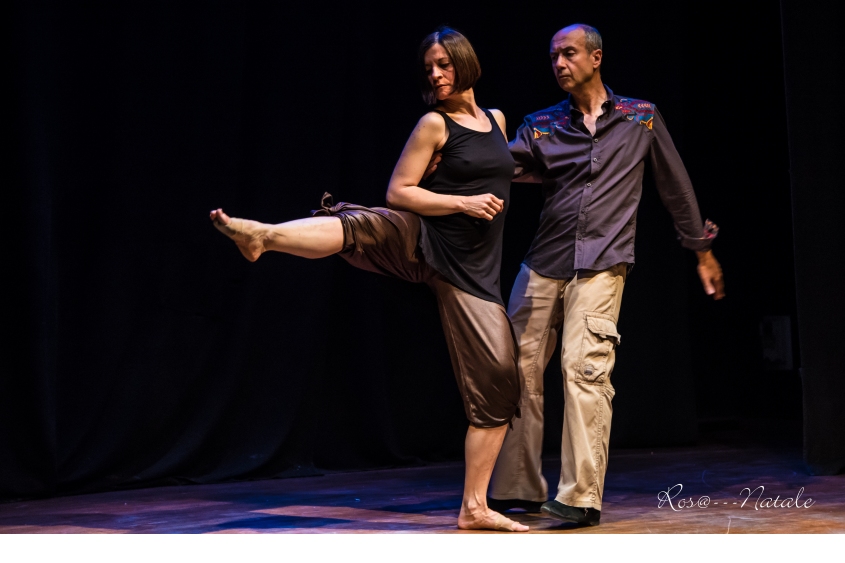 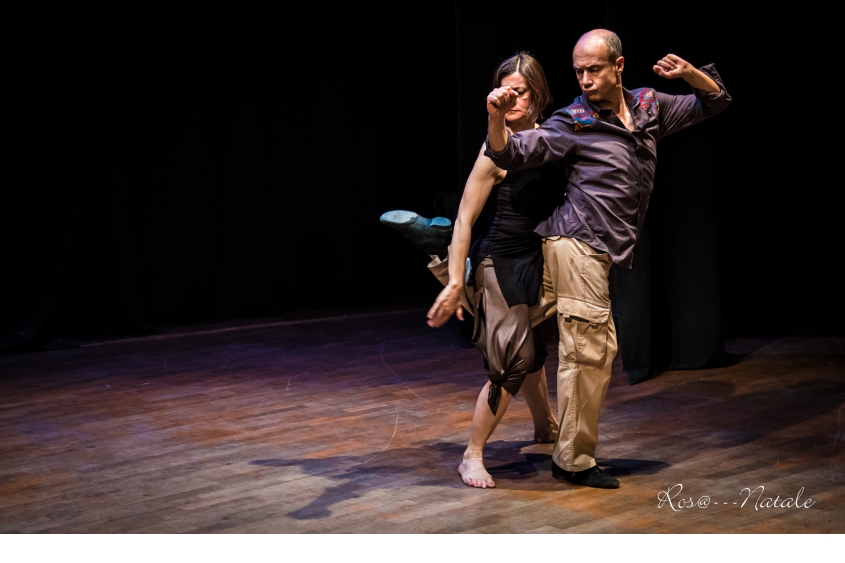 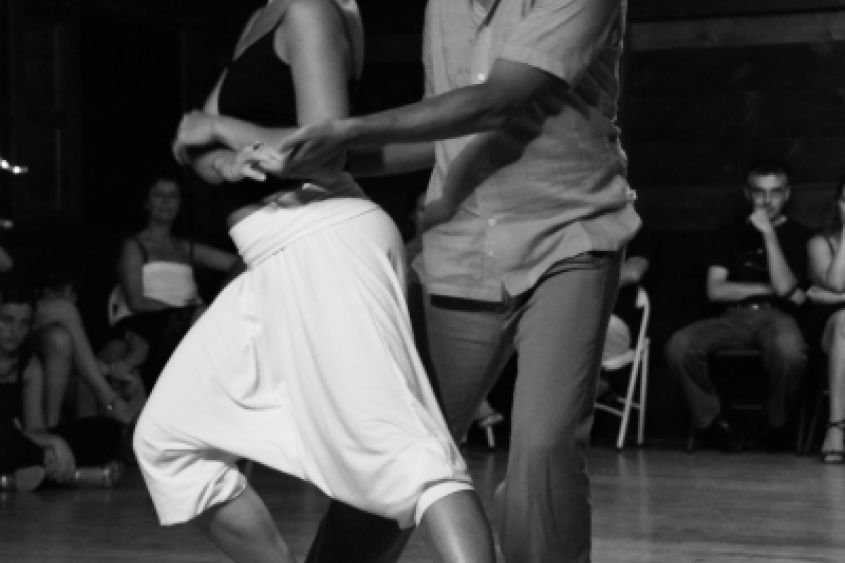 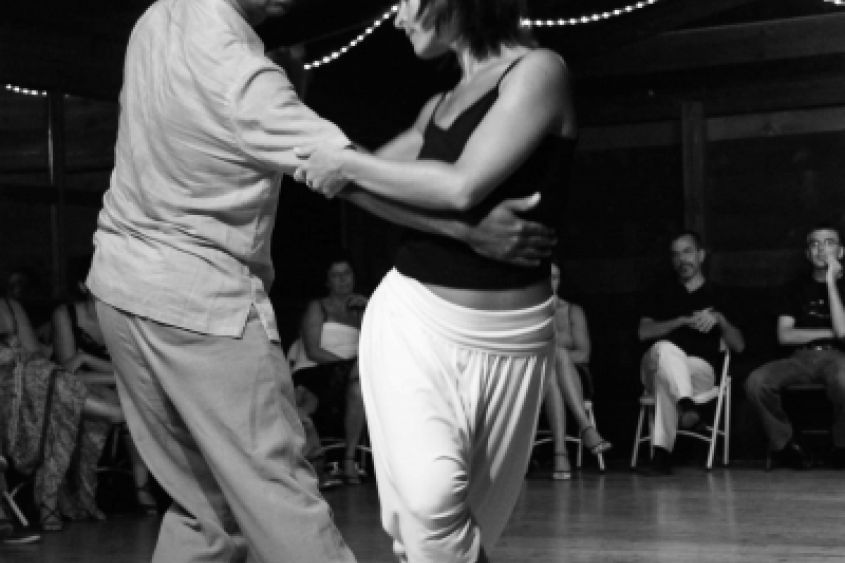